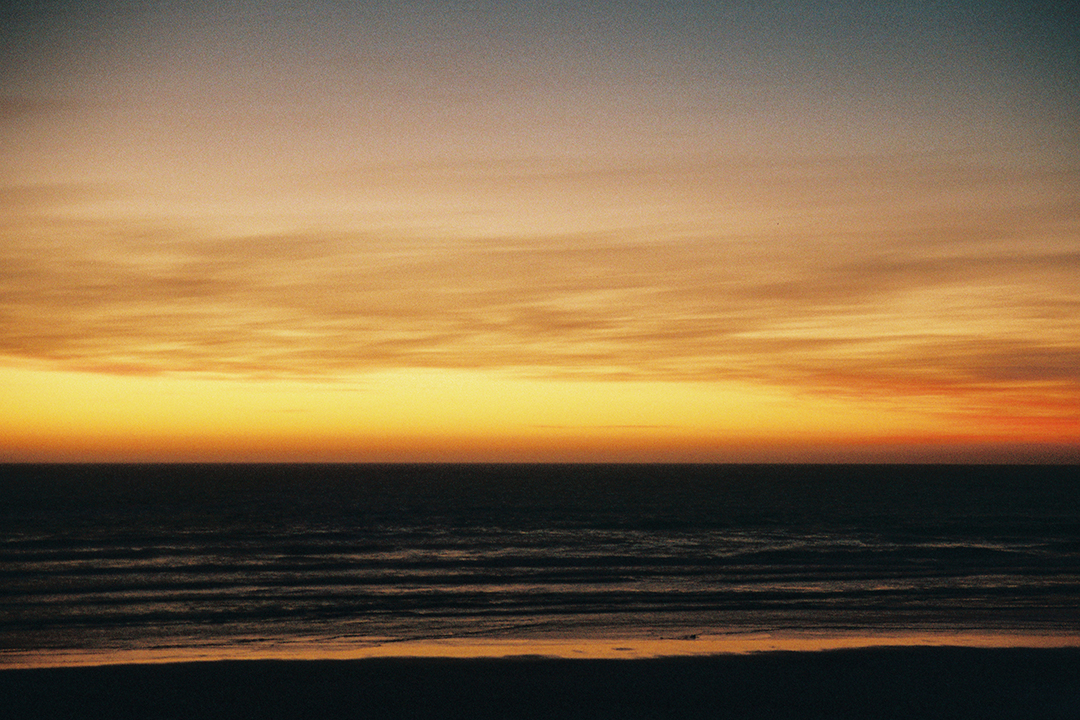 On the first weekend of November 2017, on South Africa’s infamously beautiful-yet-harsh West Coast, a community of music lovers and rock-n’-rollers swarmed to Silwerstroom Resort to partake in (as opposed to attend) Psych Night’s second ‘Endless Daze’ festival. Why ‘partake’, you may ask? Well, with a community of people so tightly knit by a passion for music- their music, the lines between the festival’s organizers, crew members, performing artists and attendees were blurred into a muddled haze of unity. Even the security guards and grounds-staff seemed to be a part of the family. I arrived on Friday as the sun had just set, and I was able to watch the edge of the skyline explode into a picturesque fountain of pink and orange hues above the Atlantic’s blue waves. The sheer setting of the festival was enough to make anybody feel overcome by a sense of appreciation for nature and for being out of the city. In hindsight, I now realise that there was something else- some sort of essence or feeling in the air that left everybody walking around with refreshingly charmed expressions and instinctive rhythm in their steps. 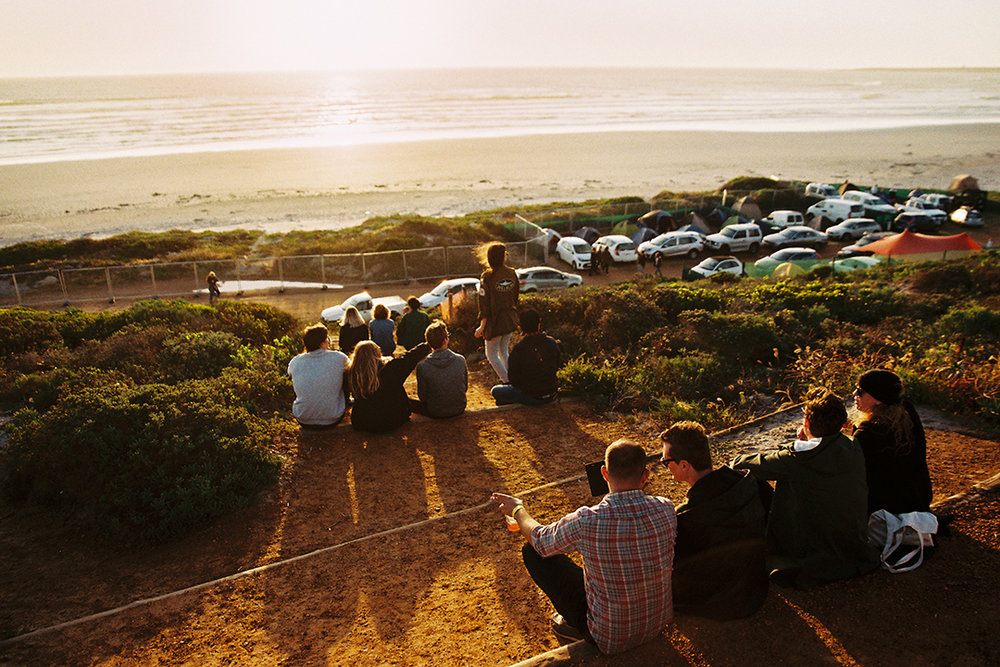 Following a post-sunset introduction to the fringes of artistic experimentation by Mr. Cat and the Jackal, a notably refined set was performed by The Valley (with the help of Sannie Fox), warranting nothing short of appreciation for high-quality and well though-out live music. In building up to the evening’s headliner, Retro Dizzy provided a blazing, high-energy hour of stage antics, flying hair and amplified distortion. 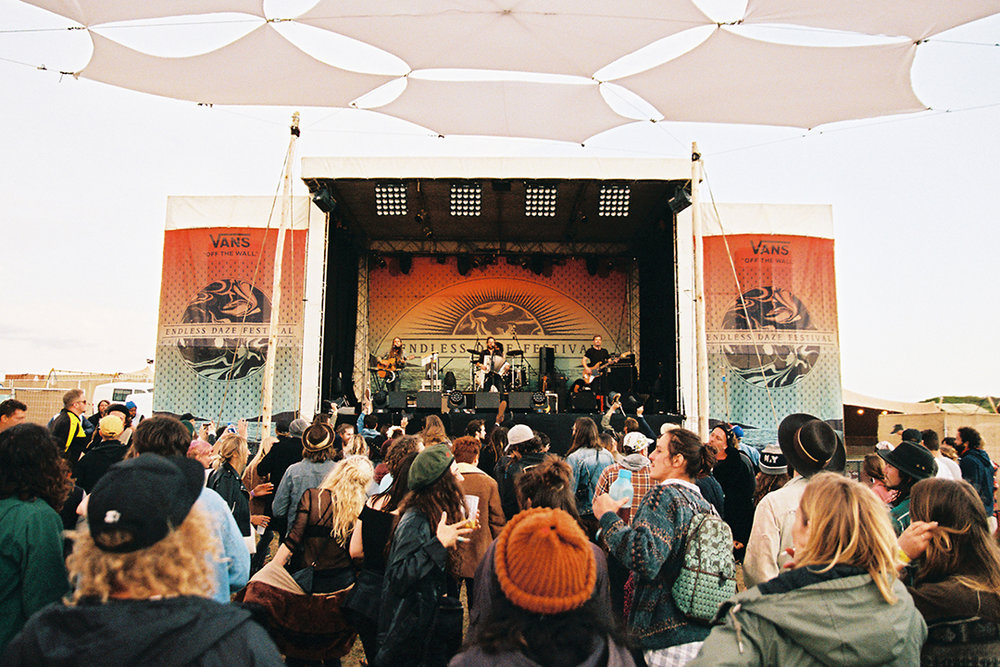 Then, to bring literal embodiment to the festival’s name- Endless Daze- and to flow on rhythmically from Medicine Boy’s melodic set, Moon Duo brought the evening to its peak with a set of long, intricate chord progressions and psychedelic nuances that guided the crowd through a dream-like cloud of sensory and aural enjoyment. 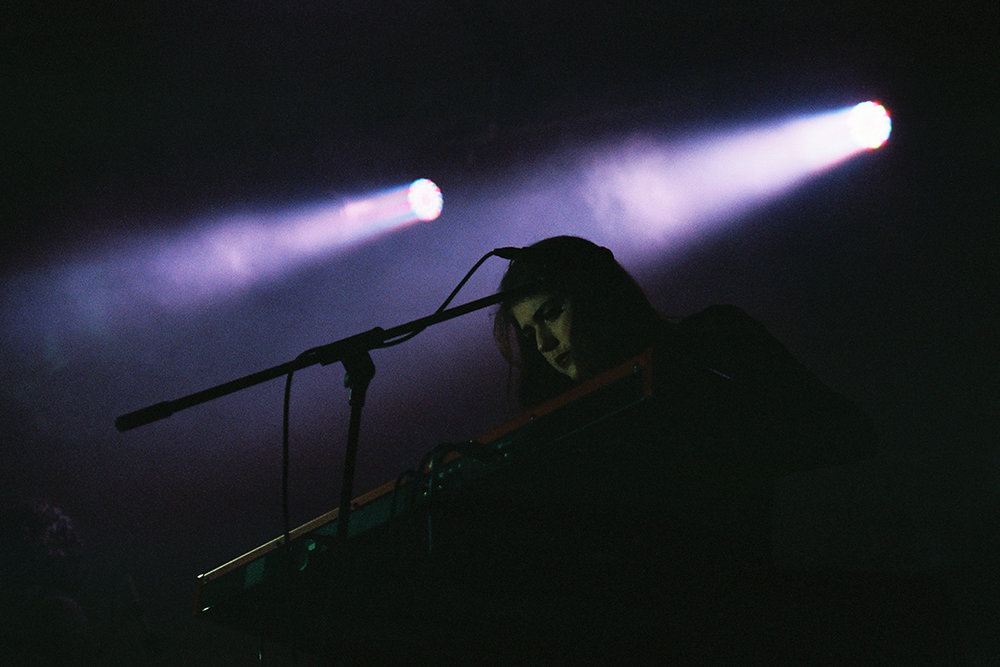 Saturday morning saw an early start for most as the harsh sun peeled everyone out of their tents, sending swarms of groggy cretins down to the ocean’s edge to bask in the icy-fresh sea that never fails to re-humanize and rejuvenate even the most hungover festival-zombies. Unsure of whether my headache was then alcohol, brain-freeze or sun-induced, I made my way to the festival’s centre and found solace in the cradling shade of the Velvet morning stage, where I was soothed by the gentle
soundwaves of Hezron Chetty’s violin. 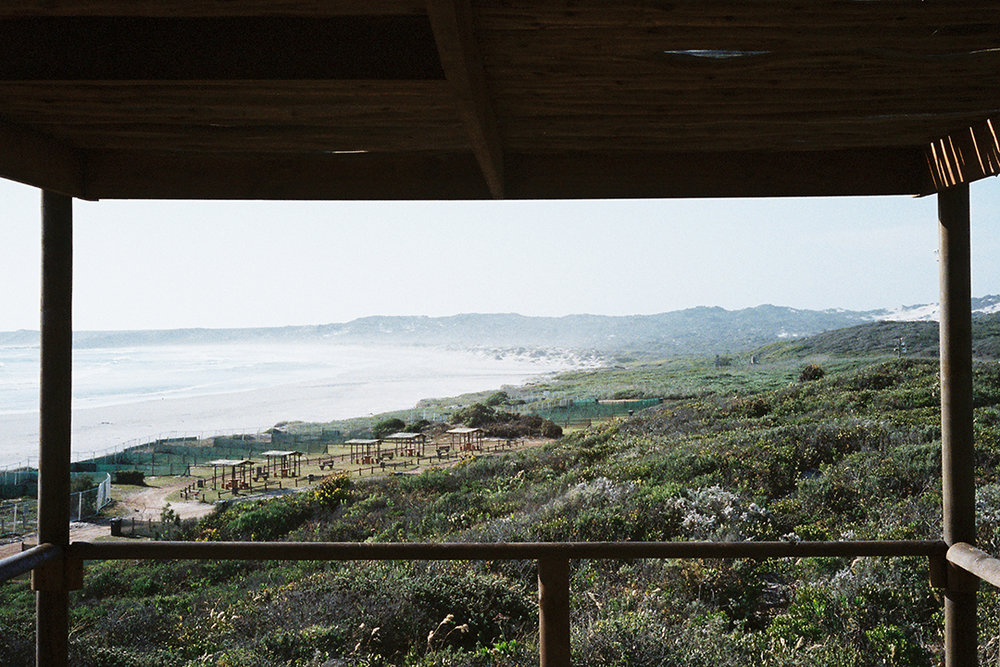 By Saturday afternoon I was still on a sub-conscious quest to uncover Endless Daze’s fundamental essence. Not quite certain of what exactly that kernel of value was, I knew that it manifested in the form of a feeling. It was something like having a stranger next to you reach out to offer some sun cream or a sip of cold beer in the glistening afternoon sun, or getting freshly-printed Vans and Psych Night merchandise and seeing the shocked responses of “wait what- it’s free?”. I was getting closer to the heart of the matter. After what felt like the hottest afternoon of our lives, the ferocious sun slowly subsided to the corner window in the sky, accompanied by the marinating tunes of The Runaway Nuns. Feeling saturated with the day’s dose of surf-rock and sun-burn,

Amy Ayanda brought a refreshing breeze and novel sound that seemed to arrive
perfectly on time, filling everyone’s tired sails with a second wind and preparing us for the big headliners to come. 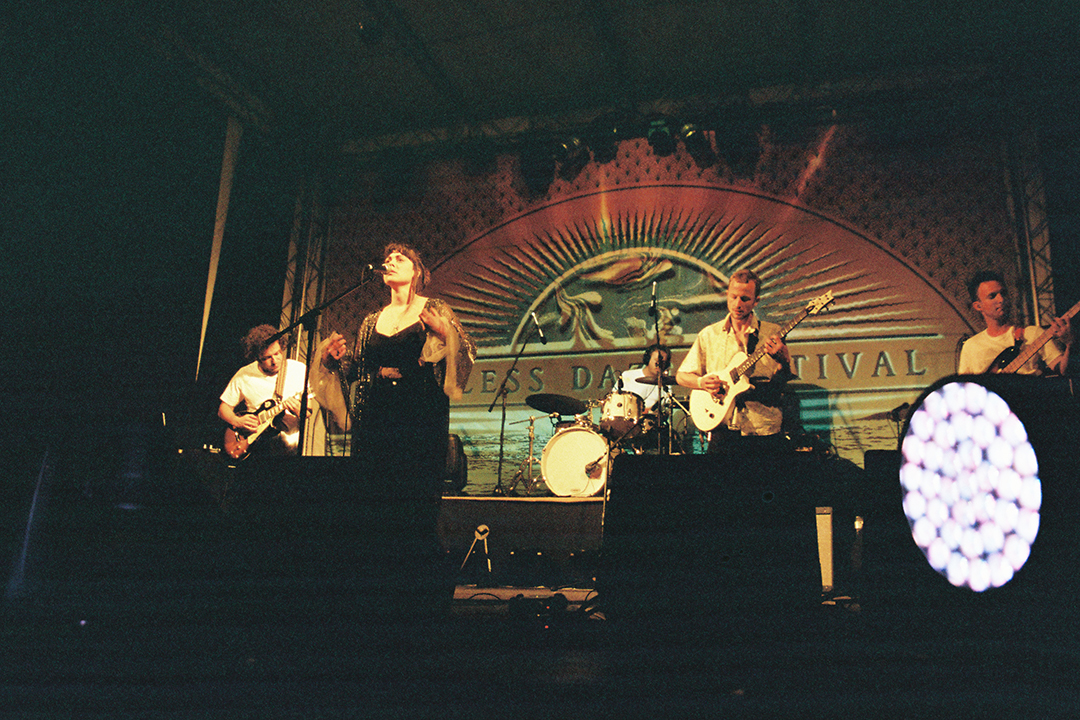 It could be that the air on Saturday night was warmer than the night before, but it could also have been that the Deathrettes’ inferno of sound kept us all warm. Either way, by the time the Blk Jks arrived, the crowd seemed to be in an optimal state of readiness to absorb the sound energy that was about to bless our eyes and ears. As soon as they started, the crowd seemed to be overcome by a profound sense of appreciation and awe for the sheer musical ability that- believe it or not- stems from this very country. It may have just been me, but by the time their set was at its peak, I was unable to take my mesmerized gaze from the Blk Jks drummer who was sitting, standing, singing and soulfully dancing around whilst never losing track of the intricate rhythms that encapsulated their sound. It was a momentous performance, to say the least. 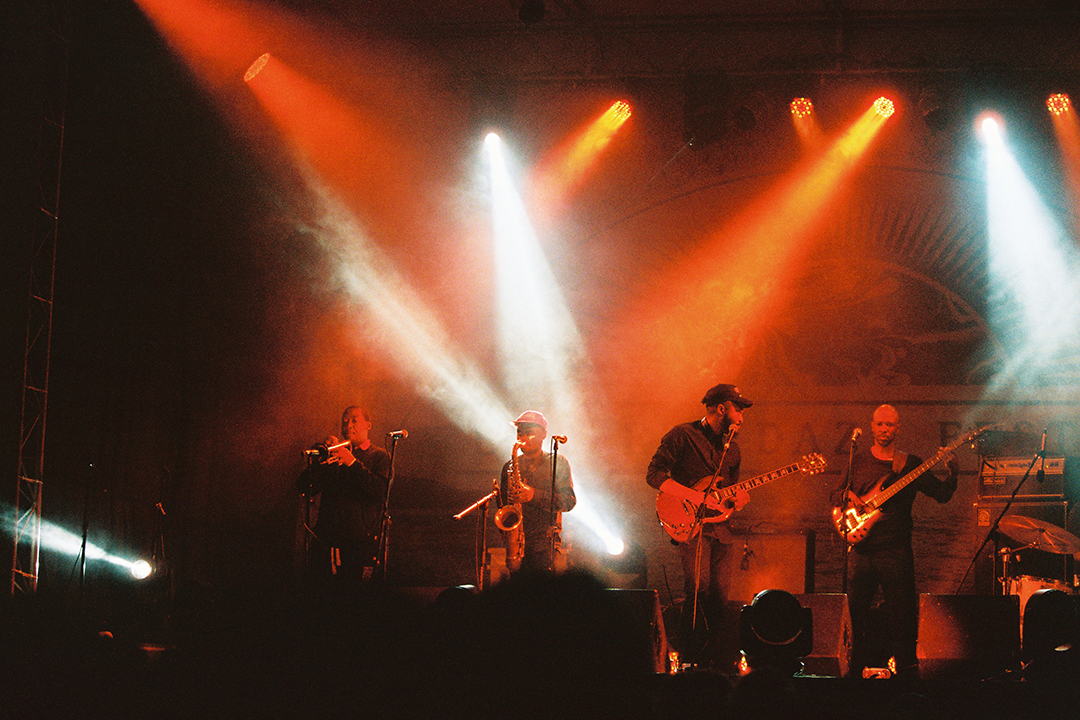 Following the dopamine-high of music that resonated through our veins up until this point in the night, in conjunction with the draining force of the sun, I must concede that I was physically exhausted by 12:30, and we hadn’t even seen the headlining band yet. After capitalising on my next R25 craft lager for the evening (what a win), I caught a glimpse of Thee Oh Sees setting up on stage, and the sight of not one, but two drum sets in the front-and-centre of the stage re-awoke my tired bones and got me excited for a powerful set. I had been listening to Thee Oh Sees in the week leading up to the festival, but in retrospect, I had no idea what I was in for. How could I foresee that my perception of what live music really can be would change forever? How could I know that one lead guitar could be so overwhelmingly thunderous and soul-piercingly powerful? How could I possibly have predicted that two human beings could play drums so perfectly sync for nearly two hours, with a level of energy and concentration that left them both steaming- literally steaming- for the duration of their set? I was genuinely concerned that Thee Oh Sees were going to ignite in a process of energy-and-heat-combustion, and when I dove into one of the wildest mosh-pits I’ve ever had the joy of falling around in, I was worried that we’d all combust. Alas, we somehow survived, and the After Hours DJ set that followed the brought the evening to a perfectly groovy close. 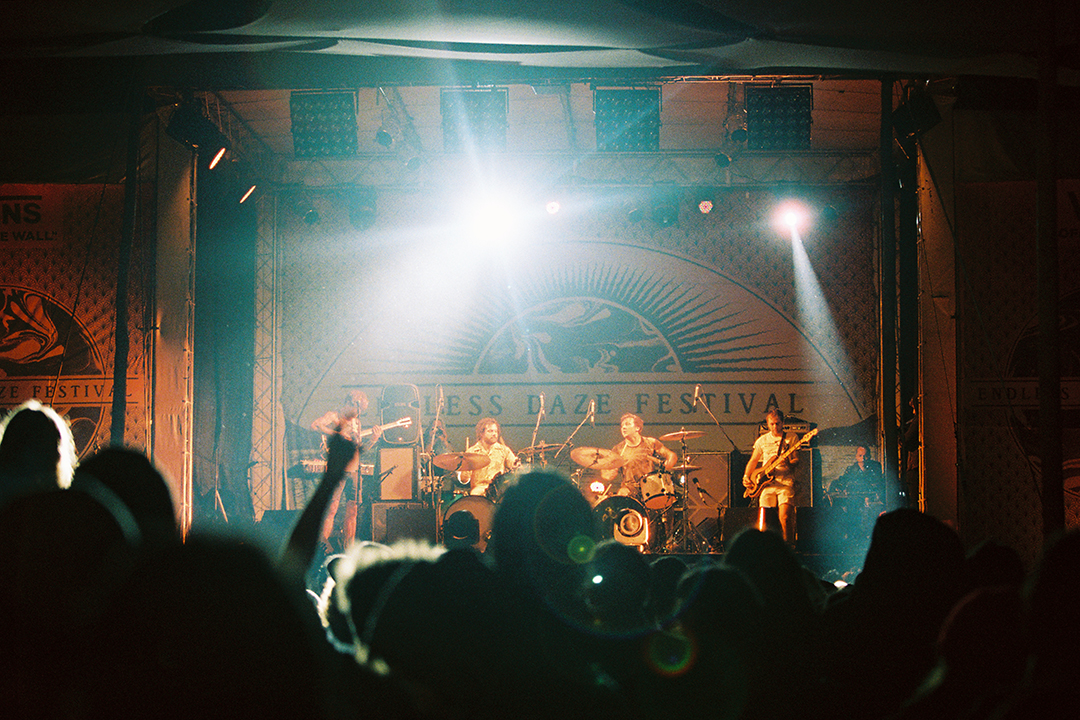 I woke up on Sunday morning to the soothing sound of ocean waves, and without having to think too hard about it, I realised exactly what it was that I’d been looking for at Endless Daze. Underneath the generally great time I’d been having, I was in search of the abstract, metaphysical essence of this festival. Eventually I realised it wasn’t anything complicated or profound. Quite simply, it was amiability: the quality of having a pleasant and friendly manner. I felt it in the air and in the water, permeating every corner of the festival and brimming from the edges of the stage. It’s that high-five-feeling of falling over in the crowd and not needing to worry, because five arms were immediately pulling you back up and dusting you off; the
feeling of walking around aimlessly and being smiled at- genuinely smiled at- in acknowledgment of your music taste and the effort you made to be at this festival, to support these bands, and to keep the beloved music machine alive. As somebody who has never been particularly involved in the ‘scene’ that this festival embodies, I realised that ‘fitting in’ at Endless Daze wasn’t about wearing a pair of Vans or sporting a particular type of tattoo. Rather, it was the appreciation of otherness and originality in itself that brought the crowd together. It was the admiration and love for our music and the rollie-smoking, skinny jean-delinquency that comes with it, in a distinctly non-exclusionary way.

When I eventually left the barren campsite on Sunday afternoon, humbled by my time there, I saw a group of satisfied campers packing up and casually lugging their things to the parking lot. They seemed like me- ordinary, rocked-out festival-goers. When I eventually registered that it was the Blk Jks themselves, I realised that’s exactly what they were at Endless Daze- ordinary and happy festival-goers. They weren’t some othered entity that stood on a holy temple above their subjects in the crowd, simply because they were a headlining band. I watched their lead-singer and guitarist walk by, beer in one hand, luggage in the other and with a smile on his face. As I drove past, he looked at me and raised his drink in salutation, and it struck me that this man and his band of musical icons, like the rest of us, were just out for a good time. 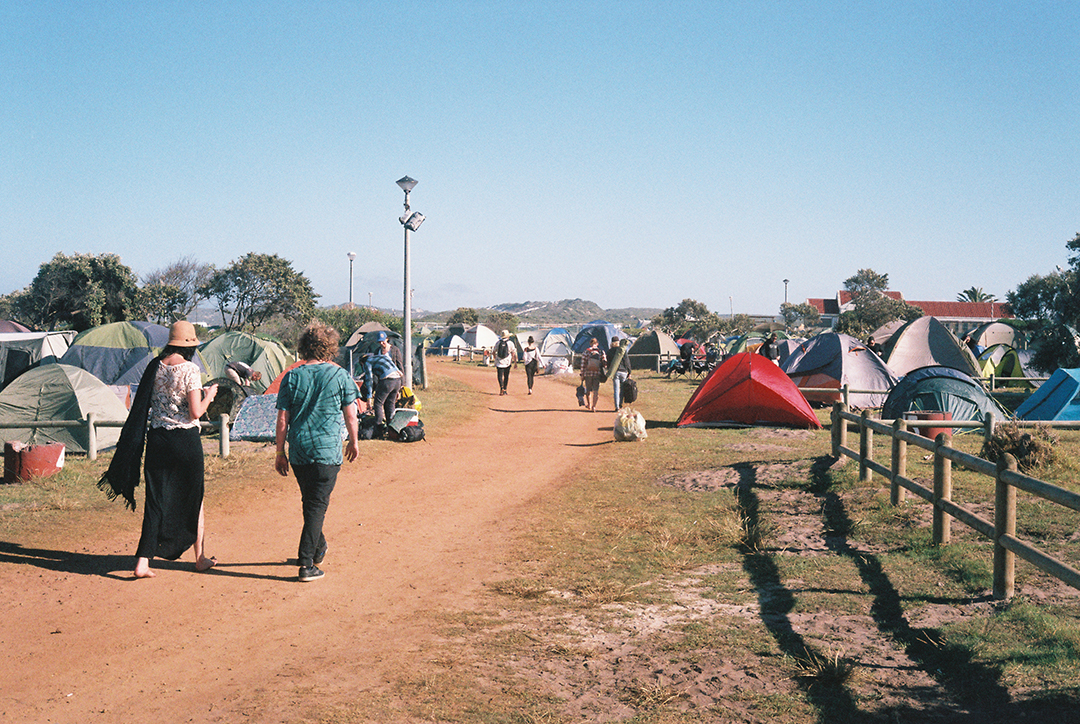 In the greater context of Cape Town’s festival scene, Endless Daze wasn’t a “fuck you” to the techno festivals and the crop-top, flower-band beach bars of the world. Rather, it was an indifferent shrug, pulled off in an elegant “you do you, boo” fashion. The people and the music that found each other at Endless Daze were a perfect match, and there was simply nothing to be malevolent about.