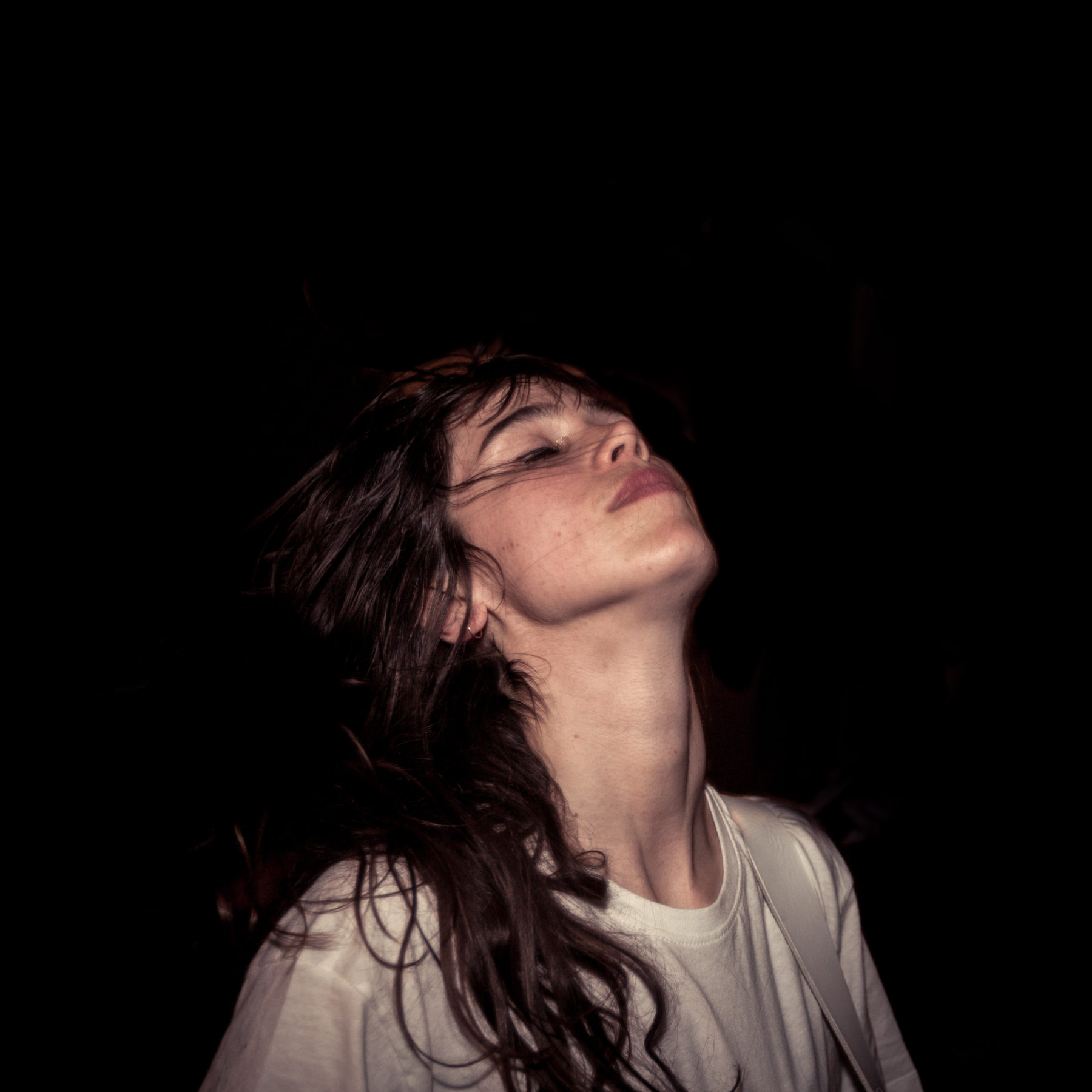 Enchanting, elating and ever-changing; Blue Crime are an alternative/psychedelic four-piece band who were born in a forgotten Amsterdam war bunker. Channeling together energies of noise-pop, post-rock and post-punk into a gracious wall-of-sound unlike any other, each trickle through dreamlike ebb and flow instills a unique, crystalline atmosphere with every listen. Throughout life-affirming adjustments and constant artistic collaborations, Blue Crime have found themselves releasing a handful of EPs since 2015 as well as being hand selected by Robert Smith of The Cure to perform during his very own one-of-a-kind Meltdown Festival in 2018 alongside the likes of My Bloody Valentine, The Libertines, Placebo and many more – the band now prepare to embark on their first ever South African tour, with a highly anticipated stop at Endless Daze 2019 festival.

Being (mostly) womxn categorized within the psych-rock realm – how do you feel Blue Crime as band has encompassed this empowering notion through your texture-soaked, self-described ‘Moon-Pop’ overflow of entrancing noise?

Over the noise and distortion, a big part of our sound manifests in strong female voices. A lot of love and unity is definitely needed nowadays to make any kind of band thrive, but anyone can do it!

Your introductory 2015 debut EP, TYR is seemingly quite personal in tone, ebb and flow; equally transcendent and shattering. As opposed to your later released, boundary-pushing 2016 7” inch record, Submarine – how would you compare these two bodies of work in nature?

Entropy and dystopia played a big role in the conception of this band as it came after quite a destructive period of break-ups, sadness and a lot of endings. The rebirth was strong and it was a good lesson to us that life changes all the time and you just have to ride the wave. After this time came a period of adventure and travelling. We recorded our Submarine 7” in an old Pontiac garage upstate NY in the home of a very special artist, Robin Winters (who also painted the cover art). We just went through different life stages together and you can hear it in the music. There’s some sadness and slow melancholia in TYR EP that is very specific to that time. Submarine is more of a moving image, and more upbeat.

Blue Crime are scheduled to perform at Endless Daze festival in November 2019 during your upcoming South African tour. Are there any certain aspects of the whole entire excursion that you are most excited about?

As soon as you land in South Africa, you can feel that the vibrations in the air are different. We’re excited to feel and resonate with these vibrations! One of our members, Lucy Kruger of Lucy Kruger & the Lost Boys, is from Cape Town, and we will also be performing with our friends Lenny-Dee Doucha and Bergen Nielson of Bye Beneco, who are from Johannesburg. And we’re also playing some shows with Joff & The Cults, who is an inspiring artist/musician from Port Elizabeth. We have a soft spot for South Africa and we’re very excited to be able to play some shows for you all and connect! Music doesn’t do borders and it should stay like that.

Performing during London’s iconic Meltdown Festival in 2018 surely must have been quite exhilarating to know you were hand selected by The Cure’s Robert Smith himself. What did Blue Crime as a band take from this once-in-a-lifetime experience and performance?

Music speaks for itself. You don’t need to pump in thousands and thousands of dollars to share your art and lose yourself while doing it. It’s an illusion that you have to put all your time and energy into ‘doing business’. Just put your love into making beautiful things and other people will feel that. It was wonderful playing Meltdown Festival alongside other great bands and watching Robert [Smith] play through the night. He stayed true to his art and we have great respect for that. We still don’t know how he found us, but he did, and it proves to us that music is a language and life is a mystery.

Please do tell us a little bit more about your collective & indie-label, Meduse MagiQ; the art, and the artists behind it, and how much of it revolves around Blue Crime as contributors?

We set up Meduse MagiQ in 2014. To be an artist you have to make your own choices. Art and sound is a universe existing outside of any economical sphere, but of course you have to get by to make your art survive. Our home base is in a church and other than being a sound/art collective we are also a record label, radio station, curatoratorial team and we program festivals too. We have a diverse group of artists we create with; poets, painters, musicians, photographers, performance artists and healers. Art, sound and healing goes hand-in-hand and we are shapeshifters, trying to take on as many roles as possible to help each other out. It’s beautiful to see it grow and we can only strongly recommend setting up a collective to work in a more united way. It makes things better, and people get to inspire and spark each other.

Out of the many captivating acts scheduled to perform at Endless Daze 2019 – who are Blue Crime in most anticipation of to witness perform live?

We’re looking forward to seeing our good friends Lucy [Kruger] and André [Leo] play their last show as Medicine Boy. We love the intensity in their music and we are honored to be part of The Last Light Ensemble performing alongside them. All endings are new beginnings and being part of this ritual is going to be beautiful and sad at the same time. We’re also looking forward to seeing Föllakzoid too, as they are often accompanying us on long drives through the night when we are touring. Holy Wave is cool too. But the best part of any festival is discovering things you didn’t already know existed, right!?

How would you contrast performing in New York, to touring and playing across Europe and your hometown of Amsterdam in comparison?

Every country is different and every audience is a new love-story. We love diversity and are welcoming all kinds of audiences. For instance, one of our friends has talked about playing a show in Damascus and that’s something we want to make happen next year.

As it has been three long years since the last recorded embodiment of Blue Crime emerged – as a mystical peek into the future, are there any plans to re-enter the studio any time soon?