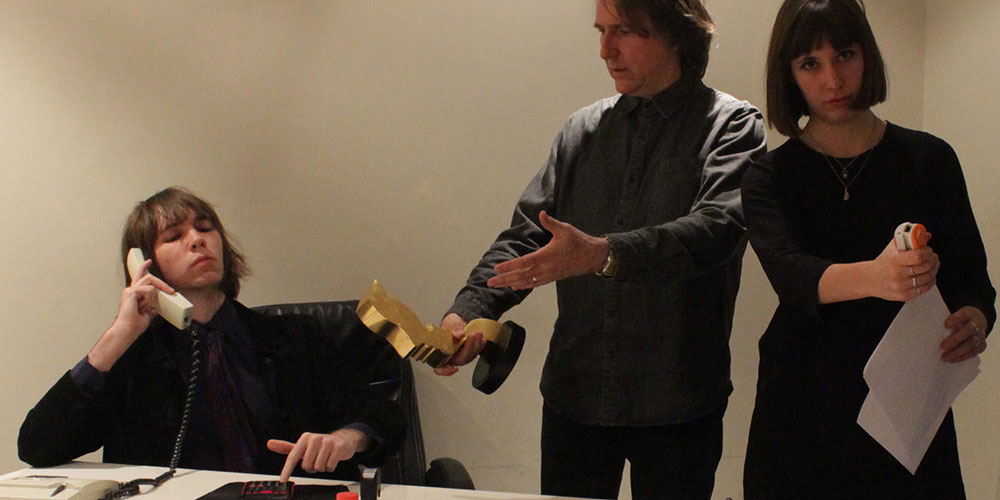 Formed in 1982, the Kalahari Surfers was essentially a string of studio projects realised by Warrick Sony at Shifty Studios during the 80’s. These involved various personnel from that environment whose names were altered or simply reduced to first names to safeguard against security persecution.

The band itself was a fictional collective designed to dodge any flak that may have appeared from these forces. Known for their uncompromising political stand during the Apartheid era and due to the banning of a number of their albums most music from this era was released by Recommended Records : an ultra left wing, experimental label based in London. A good relationship still exists and a new vinyl record is to be released by them this year. The Surfers toured Europe at this time and were the first South African rock group to play in the USSR as well as East Germany. Their sound was heavily influenced by the post punk Art scene as well as 70’s Krautrock . John Savage in New Satesman in 1986 described their sound as “disturbing and alienating” but a “formal success”

The early 90’s saw various collaborations including one which lasts to this day with Sowetan rebel poet Lesego Rampolokeng resulting in the album ‘End Beginnings’. This took them on a tour of Brazil and France during the mid 90’s and an appearance at the Wiesen Festival in 2004. Other collaborations include work with artist William Kentridge on his early short films as well as music and sound design for two of his multi media performances

With the advent of “The New South Africa” and the waves of optimism The Surfers sound transformed into what was   described by a journalist as “psychedelic world music” and by the early 2000’s they had released a number of albums through African Dope Records and Microdot. With journalist Lester Gabang, Sony set up Sjambok Records and has been concentrating on the online store in Bandcamp.

Kalahari Surfers have been working at Milestone Studio in Cape Town since the start of the new millennium doing sound design, film music and various collaborative music and performance projects. There performance at Endless Daze 2016 will be their first live show in years. We are honoured to have them and can not wait to see what they bring!