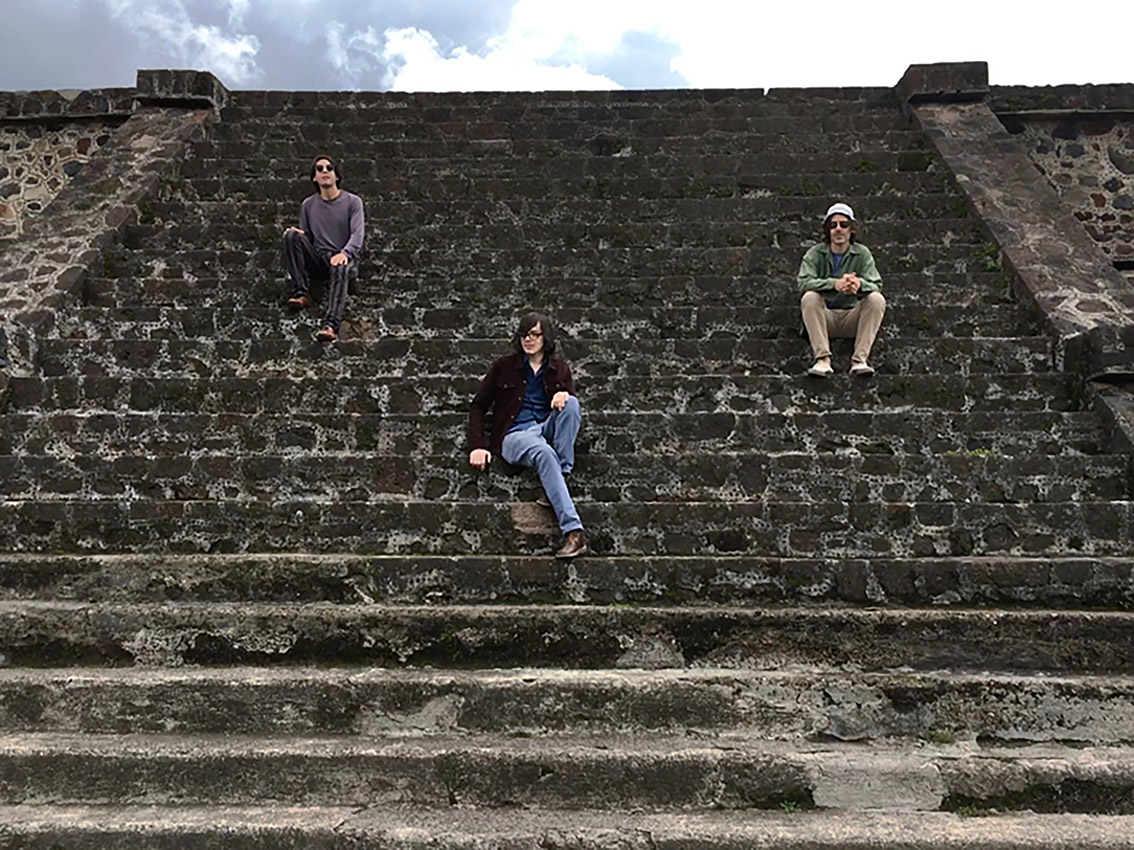 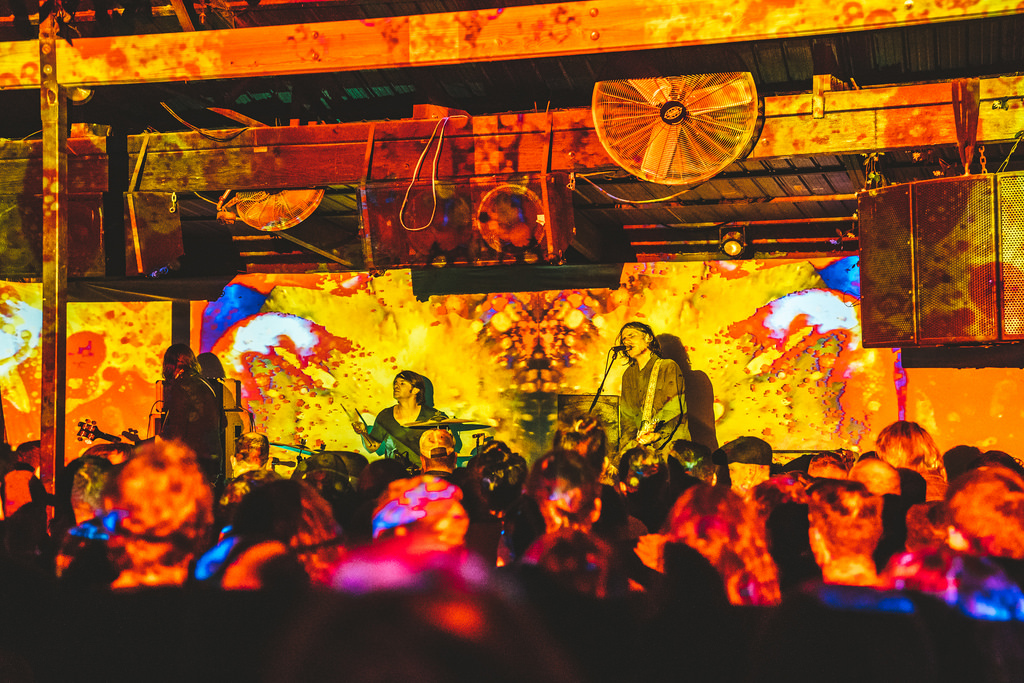 While Dead Meadow met in and around Washington, D.C.’s punk/indie scene, the trio draws more of its sound from such classic rock legends as Pink Floyd, Led Zeppelin, and Black Sabbath. The trio formed in the fall of 1998 and their widely-acclaimed self-titled debut album was released in 1999.  Within a relatively short period, the D.C. trio received offers to tour with everyone from local D.C. acts like The Make-Up and Fugazi to psychedelic rockers Brian Jonestown Massacre.  What has followed since are  seven studio albums – three via Matador records (Shivering King and Others (2003), Feathers (2005), and Old Growth (2008)) –  two live albums which includes Three Kings, a feature length live film and soundtrack and more tours across the USA and Europe than the band can count.  And while the person behind the drum kit has changed over the years, the core of Dead Meadow –  Jason and Steve –  have continued to play together throughout.   Since 2007 they have been based in Los Angeles. With The Nothing They Need (Xemu Records) the band show that in 2018, they continue to fuse their love of early-’70s hard rock and ’60s psychedelia into their own distinct sound.

With the release of The Nothing they Need, Dead Meadow’s Steve Kille and Jason Simon celebrate twenty years of the band with eight songs that feature everyone that has been musically involved with the band over the years.  They’re joined by original drummer Mark Laughlin, Stephen McCarty ( the drummer throughout the Matador years), and current drummer Juan Londono. Cory Shane joins them on guitar for some Feathers era dual guitar interplay.  The album was recorded in Dead Meadows’ studio/rehearsal space, The Wiggle Room.

Here with the Hawk – The Nothing they Need 2018

As with their catalog, Dead Meadow assert The Nothing they Need is meant to be an escape –  “a fun surreal journey.” Yet Kille notes, “I think there is a touch of apocalyptic vibes to the new album especially with the cover art that is being assembled. There is so much rhetoric and negative energy in the bigger picture of the world it is hard to not to have that show through in art. Though in the small world of people I know and we meet on tour everyone is still just as optimistic though it gets harder every day.. I think a lot of the album’s lyrics mirror that sentiment.”

This Shaky Hand is Not Mine (The Nothing They Need) Live, 2018

Reflecting on the the album’s title, Steve notes, “It’s basically is a statement of the constant throwing out of content these days without reflection or making real art.  This album underlying theme is to try to think about things outside of that and look back to a time when film, music and books were about something not just numbers, and if not we are going to truly kill ourselves as a species.” Jason says, “Everything Steve said rings true though the title also resonated with me in a more positive sense in that a grand “nothing” is something so rarely experienced these days.  Many times what I need most is to turn everything off, leave the city, and get to the middle of nowhere.  In that sense The Nothing They Need also refers to what’s beyond the inane unending distractions of modern life, some sort of stillness or peace that is increasingly hard to find but so sorely needed.”

When not playing with Dead Meadow Kille runs Xemu Records while recording and producing many other bands.  Jason Simon has released two solo records.  One under the moniker Old Testament, with former and current members of The Black Angels and The Black Lips, and another under his own name entitled “Familiar Haunts.”