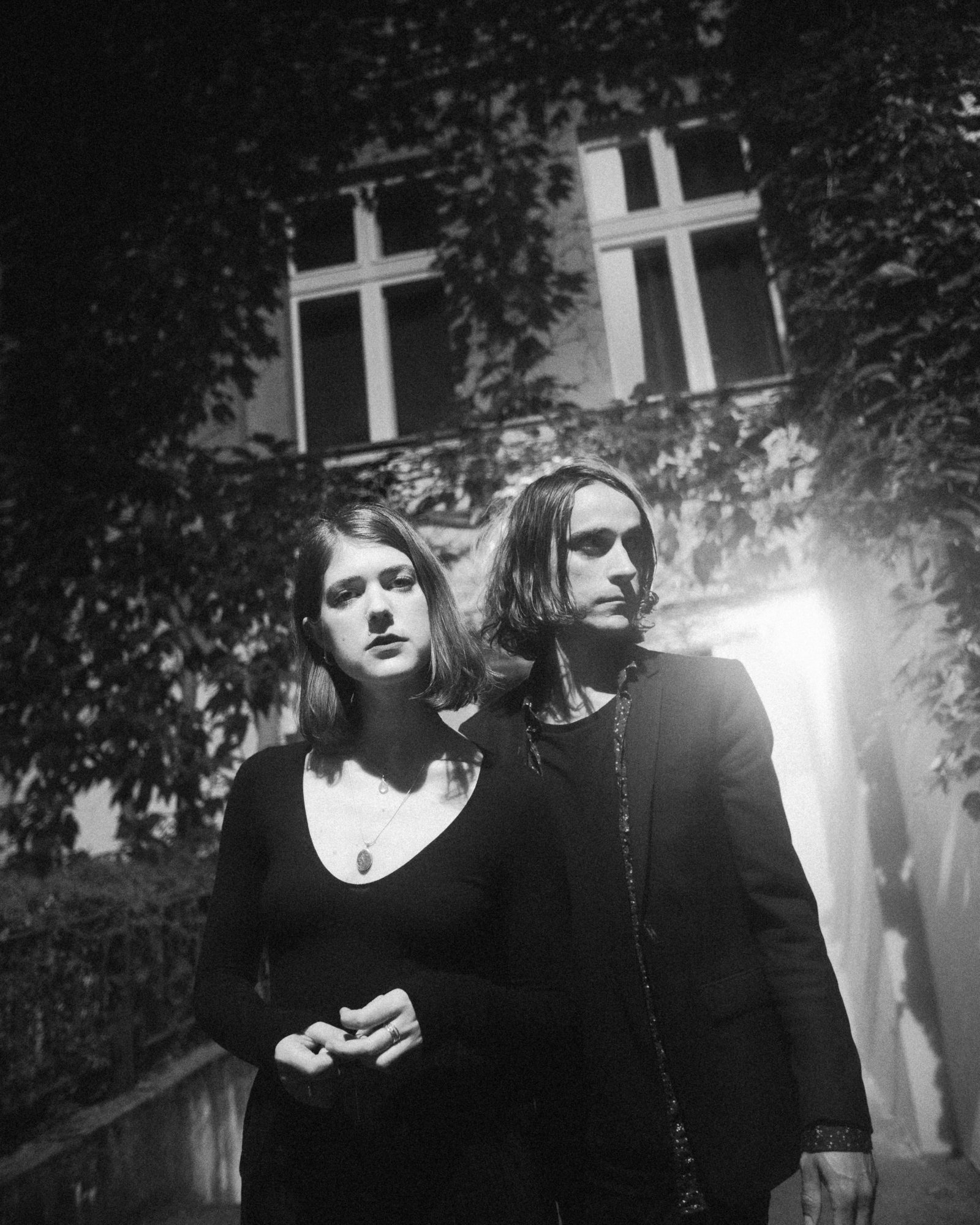 An in-depth discussion with Cape Town’s beloved dream-noise duo Medicine Boy ahead of their final performance at Endless Daze 2019 festival:

Hallowed and rapturous, Cape Town-born dream-noise christened duo Medicine Boy are an alternative-rock band who embrace the mystical, accelerating numinous entities of ardour and radiance into honest, visionary resonance. After having released a scatter of singles and EP’s, Medicine Boy have since transcended their own methodology by progressing an already serene debut full length LP, Kinda Like Electricity (2016) into a refined and sophisticated sophomore, Lower in 2018 via esteemed London label Fuzz Club. Comprised of multifaceted artists André Leo & Lucy Kruger, the pair have come a long way; they have walked a blazing trail and have certainly paved the way for the similarly inspired beyond an expansive and worthwhile legacy. To certain dismay, while simultaneously clutching to the brightness of future hope – Medicine Boy will perform their final set at Endless Daze 2019 festival, enlisting the assistance of The Last Light Ensemble to see them off in a manner more graceful than one could ever possibly hope for. With a third and final LP on the way, Medicine Boy’s triumphant prominence will no doubt be cherished for aeons to come.

In October 2018, Medicine Boy released their ever-expansive, fuzz-doused psyche-rock excursion Lower via Fuzz Club Records. There has been talk of LP #3 currently in the works – could you tell us a little about what to expect, and how this body of work will differ from Lower?

André Leo: We worked with a new drummer, Fred Sunesen, and his style and energy really

shaped the album into something different than what we’ve previously done before. We wanted the record to have a live and under-produced feeling, yet we didn’t want it to be ‘lo-fi’. I’m talking as if it’s already done when in truth, we still have quite a bit of recording to do. Let’s see how it goes. So far, so good! (I think)

Lucy Kruger: It felt good to get rid of the drum machine element that used to be very important

(perhaps first out of necessity, and then out of feeling) and to move to something a bit more freeing. To be able to really influence the way the song moves, grooves etc. There is more responsibility and more individuality. More that could go wrong which makes it more dangerous. I hope you’ll feel that in there; A new kind of tension. André has written most of the tracks and there is a lot of fire – I think it will be difficult not to feel.

A potential window into where album #3 may be heading – in August 2019 Medicine Boy released an aesthetically blissful video for ‘A Mirror’ directed by Willem van den Heever (which as of yet is a standalone single). Where did the concept for this video originate?

AL: Willem originally had another concept; a very beautiful, intricate one but we didn’t feel we had the time or budget to pull it off. But he’s got such a great eye. Amazing photographer! So we just asked him to do something very simple and left the rest up to him. I hate seeing myself on camera for so long, so I’ve probably only watched it once or twice. Though the response has been really nice.

LK: We always been lucky enough to work with friends and artists whose work and approach we appreciate and trust, and who (I think) feel similarly about us and our music. So mostly these things are quite a natural collaboration. As André previously said, Willem has a great eye and seems to conjure these things very effortlessly.

As a Cape Town-born alternative-rock duo who later relocated to Europe, could you explain how performing in your new hometown of Berlin may vary to that of localized performances in Cape Town?

AL: Honestly, we haven’t performed in Berlin all that much, and we’ve performed in Cape Town quite a lot. We did always try not to ‘over-play’ though. Living in Berlin means touring is an actual possibility, whereas in Cape Town (and the rest of ZA) makes for a very difficult routing. Nevertheless music is amazing in connecting people and you find similarities in the crowds wherever you are.

LK: When we play in Cape Town there is a feeling of trust between us and the audience.

they’re in for and want to be there, which allows a certain kind of confidence to experiment

and give in. A more steady relationship, or something.

As already André mentioned – we only really performed in Berlin as part of our bigger tours. Playing in Europe means travelling a lot and playing all sorts of new spaces all the time. Often enough there isn’t anyone you even know in the audience, and that can feel quite daunting – to try and offer something without having any idea whether the collection of strangers in the room with you might want what it is you have to offer. So many brand new relationships and so little context.. Sometimes that makes me feel a bit shy, but sometimes it allows for me to feel less shy because there is no clear mirror and you’re not building or breaking any previous expectations. But it does feel different.; maybe less because it’s Cape Town and more because it’s our own home town.

Both seductive and melancholic; ‘For The Time Being’ taken from 2018’s Lower is a stirring burst of wandering emotion and delicate yet succinct instrumentation. The lyrics arguably tackle very personal circumstances – but as a fan-favourite, could you give us some insight into its meaning?

LK: It’s one of those that came as a bit of a shock to me when I heard it from the outside a while after it was done. The clarity of feeling that doesn’t seem to be there in your mind at the time of writing, but somehow spills out in song. It makes me a bit sad to try and think about it all. It’s a knowledge that you’re losing something without the knowledge of how to make it stop. How to bring it back. A home can be so intimate and so alienating.

Out of the many enticing artists scheduled to perform at Endless Daze 2019 – who are Medicine Boy most excited to witness perform collectively?

AL: YAK, without a doubt.

LK: Two years ago at Endless Daze both Amy Ayanda and Dangerfields played two of my

most memorable sets, ever – and I really can’t wait to see them both again. There are also

(Luh’ra, PXLS, A Perfect Boy, Honeymoan, Orah & The Kites etc), but really I just love and respect all of these bands and hope to not have to miss any of them!

Medicine Boy are scheduled to perform at Endless Daze festival in November 2019, for what could quite possibly serve as the band’s mournful farewell. What kind of emotion(s) comes along with this notion and the legacy that you’ve potentially left behind?

AL: We played the first show of our final tour in Amsterdam the other night, and before we

went on I was very calm, very focused and nothing seemed all that different. But as soon as

we started playing I felt many things – It was quite intense. Maybe I drank my stage beers too

fast? I don’t know. And I don’t know exactly how we’ll feel doing the last one. But I do know that we’re very proud of what we’ve done, and feel we’ve always been honest with ourselves, and true to the music and all the people who so kindly choose to listen.

LK: (Overwhelmed sigh). I’m trying to not become too sentimental while still giving it the weight it deserves. I’m really glad we get to play our last show surrounded by friends, on and off stage. So much of the joy about having a band and making music is the community that forms around it, and Endless Daze is such an enormous part of that. A celebration in so many forms. I expect to feel many things. AL: I’ve got a few unborn ideas floating around. Not sure what will become of them. But I will do something, I have no choice – I signed that deal a long time ago!

LK: I guess even though André and I always wanted to keep an open mind about allowing Medicine Boy to go in many directions, our combination of thoughts, feelings and tastes have a particular feeling and aesthetic – which is essentially what makes a band and that is really lovely – but letting go of that means a kind of opening of thought which I’d like to follow; to experiment, and to play, and stretch a bit. I’ll definitely keep on with my solo project – which really just means that I’ll always continue to make music.