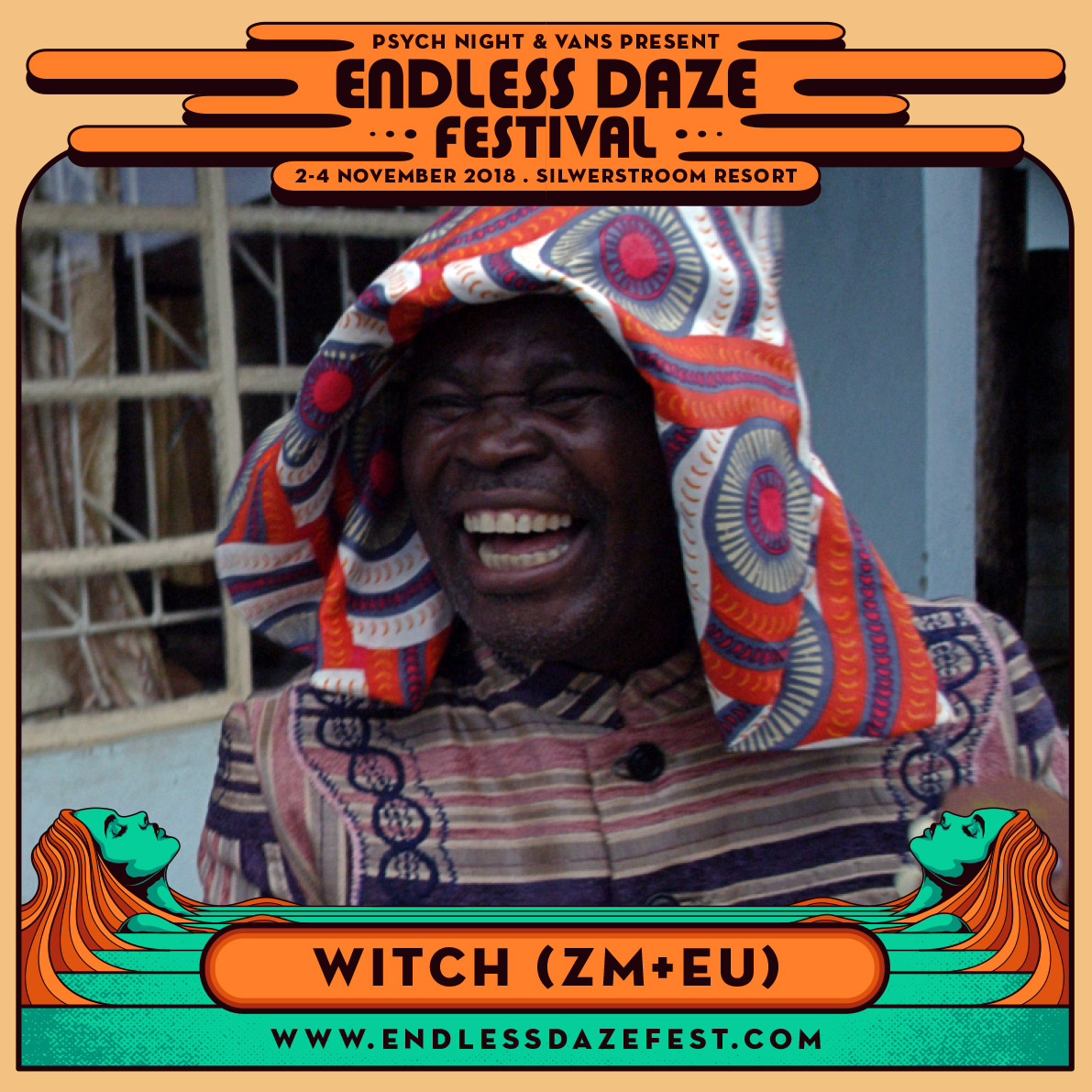 Whether you’ve heard of them or not, you’re going to want to listen to them on repeat. WITCH, a pioneering psychedelic rock band from Zambia, broke the (almost non existent) mould back in the 70s with their eclectic sound.

We’re honoured and beyond excited to have these Zamrock masters on the Endless Daze stage this year. So without further ado, allow us to introduce you to WITCH. 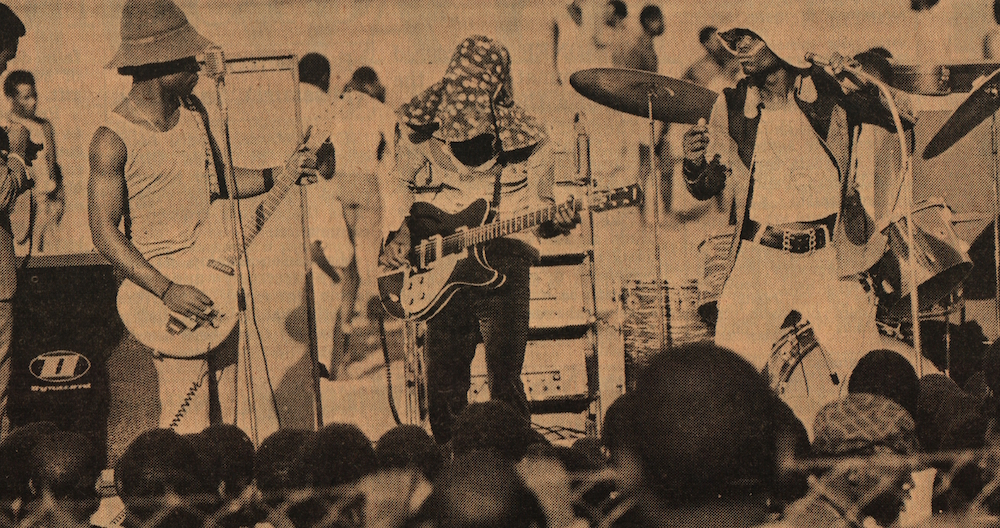 Emmanuel Chanda grew up in Kitwe, a town in the Copperbelt mining province of Zambia. As a young child he’d stay up after midnight glued to his radio, listening to a mixture of local and international artists – “anything that sounded nice!” As his tastes developed with age, his attention focused on the guitar-led chart-toppers reverberating from the UK. “The Beatles, the Rolling Stones, the Hollies, Cliff Richard, Grand Funk Railroad the Who, Led Zeppelin,” Chanda explains. “Zamrock came from this combination of pop music and heavy metal. Everyone was listening to the same things.”

Chanda sooner began making movements and connected with musicians from the groups Kingston Market, the Boyfriends and Black Souls. The first line up of WITCH was Emmanuel Chanda on vocals, Chris Mbewe and John Muma on guitar, Gedeon Mulenga on bass, and drummer Boidi Sinkala. “Initially we were just called Witch, like the witch on the broomstick at night, but then the graphic artist who was decorating our tour truck, came up with the acronym: We Intend To Cause Havoc. We thought, ‘yeah, that’s good’.”

While they started playing covers of British and American rock songs, they soon moved into experimentations with original material. In 1972 they released ‘Introduction’.

“Recording was not popular in our country at that time,” Chanda remembers. “Bands before us recorded for radio stations mainly. Even the first recording we had, was not a label per se – it was a mining company that was making a documentary and needed some music.”

Recorded in single takes across less than two days, the result was the first commercial ever LP ever released in Zambia. 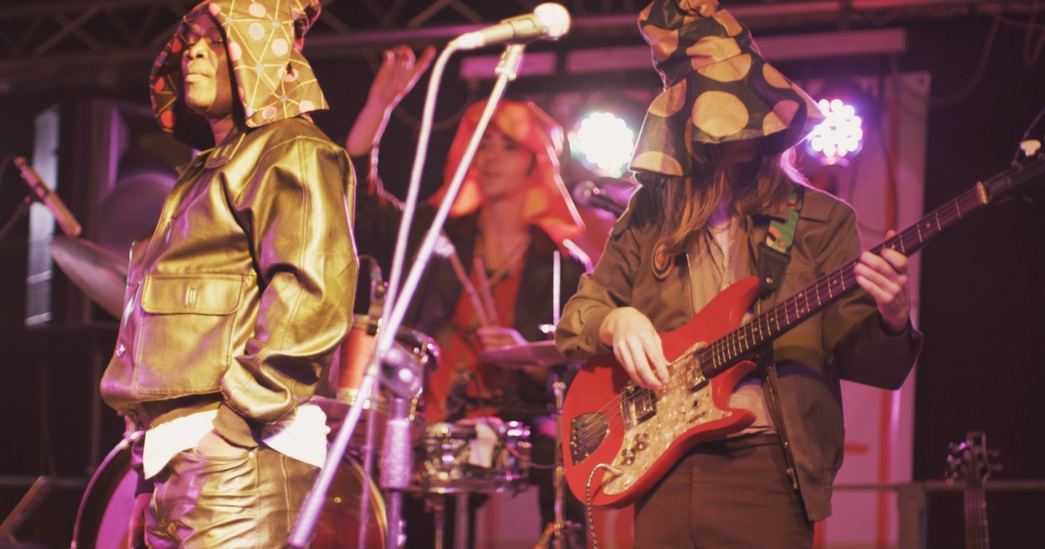 While no footage exists, by all accounts their performances were electrifying, extended sessions, often lasting as long as six-hours. Thanks to his onstage antics, stage-dives, flamboyant costumes – and penchant for covering Rolling Stones songs – Chanda soon earned the nickname “Jagger”.

“I was a bit uncomfortable with that,” he chuckles. “I can’t go around telling people that’s my name! So what I did was put a “y” on jagger, and I went to the dictionary which told me jaggery is a type of brown sugar. Brown sugar, that works I’m brown!” Soon after, upon reading the name of a Nigerian politician, he settled on the Africanisation: Jagari.

Largely unknown outside their home country, they finally got the exposure they deserved when Now Again Records reissued their whole catalog in 2012. Lead singer and sole original surving member Emmanuel “Jagari” Chanda has since played outside Africa and began a collaboration with Jacco Gardner in 2016 which was showcased on a European Tour in September 2017.

All recordings of W.I.T.C.H. have been officially re-released by Now Again Records.

Watch the WITCH Boiler Room Live Set in London in September 2017 below:

And you can have a look at the trailer of a documentary on Jagari Chanda:

If you’ve read this far, you’ll probably want something to add to your playlist for the day – listen to their albums here: